ALMA and then ALTI was formed in 1964 by members of the loudspeaker engineering specialty segment in support of American loudspeaker manufacturers. The mission has changed and evolved over time. We added “International” to ALMA to recognize and welcome the global community into ALMA in order to better serve our industry. Then we widened our focus to include the business side of our industry recognizing that unless great engineering leads to great business, great engineering will not happen. In 2017, we widened our focus to include products and technologies that surround the loudspeaker industry. This was done in recognition of the changing landscape in which audio technologies are integrated and connected, and will no longer be “stand alone” products. This led to the name change in 2019 to ALTI. Audio and Loudspeaker Technologies International; A name that more closely reflects who we are and who we are becoming.

As ALTI LLC is born, it is done with the recognition of the efforts af many great Association Members and leaders. Their legacy will be honored and continued as ALTI moves forward with fresh ideas and initiatives to better serve our Members and the industry. 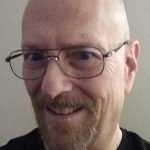 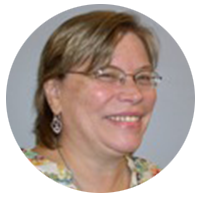 Aaron Lutzo- U of Toledo

*Notes: All positions are appointments. No voting or term limits imposed.  We seek a minimum of a 1 year commitment for any position and at least 30 days notice of an intent to step down. Executive Committee and Executive Advisory Board are appointed by the CEO.

The 3 Advisory Board Chairs may appoint whomever they like to their groups. No minimums or maximums imposed.

Exec Advisory Board meets every other month. Advisory Boards meet quarterly, but staggered so only one meeting in each month. Dates/Times TBA.

Meeting frequency may increase in the ramp up to ALTI-EXPO or any special projects. 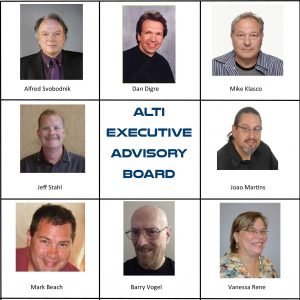 Building an association that works for you!

Making every dollar and every minute invested count! That is what every association owes you.

What do you owe your association? Your voice. Your ideas and opinions. Your outside of the box thinking. Your insights into making Membership the best investment you can make in your business and your personal success.

ALTI is dedicated to serving you. But we cannot do it without your input. Joining ALTI is the first step in receiving the benefits of Membership. It is not the final step.

Thank-you to the great volunteers on the list to the left. They are helping to build a bigger, better ALTI for their benefit and for the benefit of every Member. Your voice is also welcome. Always. Whether you join one of the Advisory Boards, or just reach out with suggestions and ideas; Get involved, and reap the benefits of Membership!